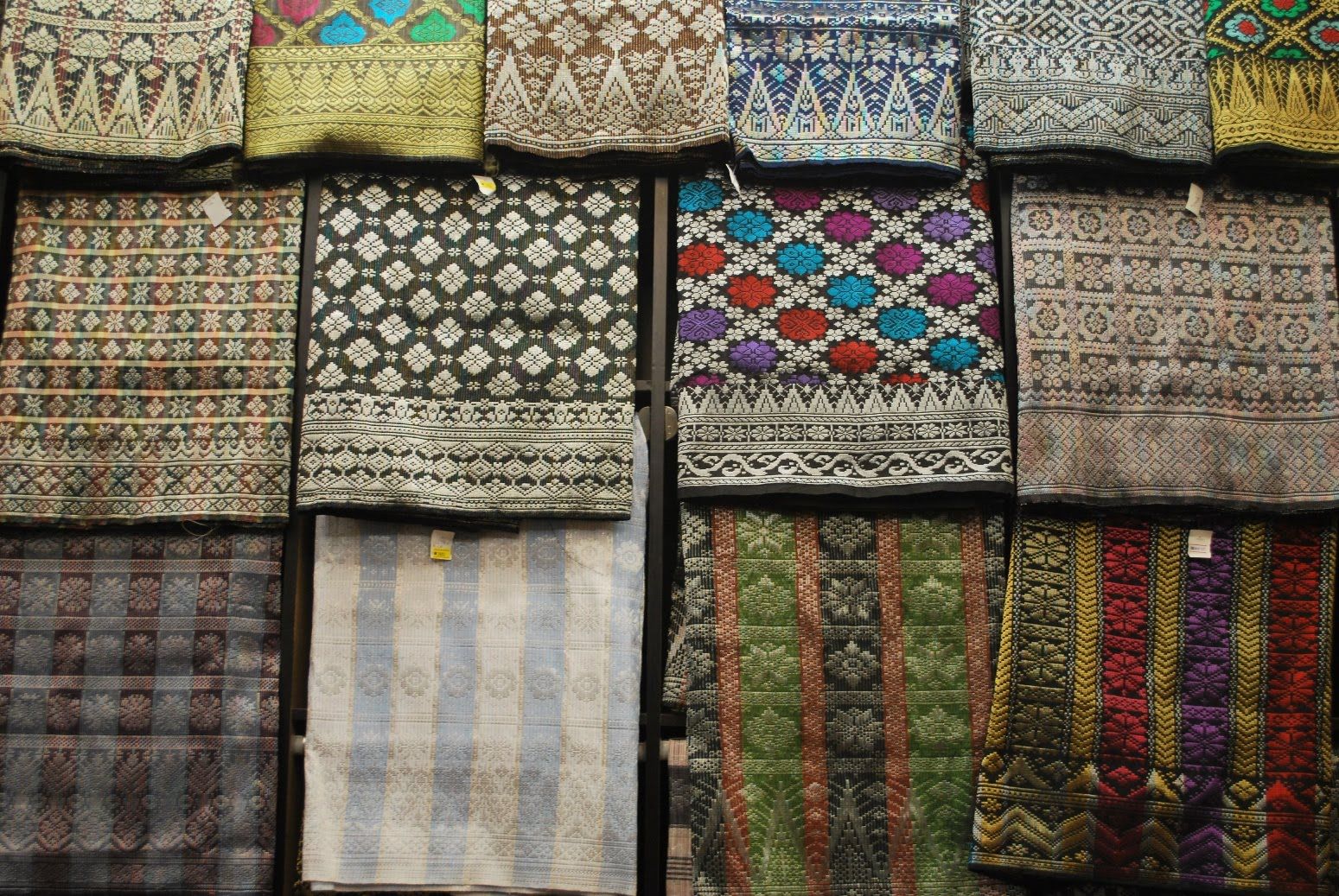 Songket is a traditional Malaysian textile woven by Malay weavers. It is a unique material woven in silk or cotton with metallic gold or silver threads. The woven fabric's patterns and motifs usually cover the entire sarong.

Malaysian textiles are one of the living arts that contribute to enriching the country's cultural development. It is a tradition bequeathed by Malaysia's unique location at the crossroads of Southeast Asia, where trade allowed for the exchange of culture and technology.

Malaysia has a rich cultural heritage that includes exquisite woven textiles such as the songket cloth. Songket is a traditional Malay woven fabric.

The term songket is obtained from the Malay expression menyongket, which means digging beneath and inserting gold threads during the weaving process. Songket is, in essence, a cloth with an extra weft weave of gold threads or supplementary weaves.

The traditional Malay woven songket is a skill bestowed upon artisans by the universe's creator, whom they regard as the Source and Origin of all creations. Although silk and cotton are not produced in Malaysia, they are imported from other countries such as China (for silk) and India (for cotton).

Foreign traders and travelers brought their goods, culture, knowledge, and skill to this country. This resulted in a steady flow of ideas, skills, technology, and materials to the local people in the region, which evolved into a wide range of Malaysian textiles.

What is Songket Made Of?

Songket is typically associated with royal court cloth, which is why it was typically woven in silk. Cotton is commonly used for everyday clothing, while silk is woven for special occasions and ceremonial purposes like the wedding songket.

Nonetheless, silk is the best material for absorbing dyes and is appropriate for warm weather. Previously, the most woven fabric was dyed with vegetable dyes available locally in their environment; however, the dyes were later imported from India and other countries.

Like any other culture worldwide, the Malays subconsciously preserve and highlight the significance of their heritage through dress codes. Brides and grooms traditionally wear Songket on their wedding day.

It is common for a groom to wear a sampling Songket Terengganu made of Songket fabric and his bride to wear a Songket dress.

The background colour in the songket is typically earth tones such as dark red, maroon, purple, or green. Yellow was the colour of royalty. Songket cloth motifs are made up of two or more colours in gold, silver, or coloured metallic threads.

Historically, colours were extracted from nature, such as kunyit or tumeric for yellow, akar mengkudu or morinda citrifolia root for red, and daun tarum or indigo leaves (Indigofera tinctoria) for dark blue.

Naturally, the main colour of the songket was usually dark red because there were not many colours among natural dyes in the past, and red dye from the mengkudu root was widely used. However, because chemical dyes are more readily available, the weaver now employs them.

Below are the types and textile pattern of songket Malaysia

These patterns are filled with various motifs that adorn the entire songket fabric. These motifs were used in various patterns, depending on where they were placed and how many times they were repeated.

The majority of the motifs in songket cloth are inspired by flora and fauna.

The six major patterns in Songket are classified as follows: