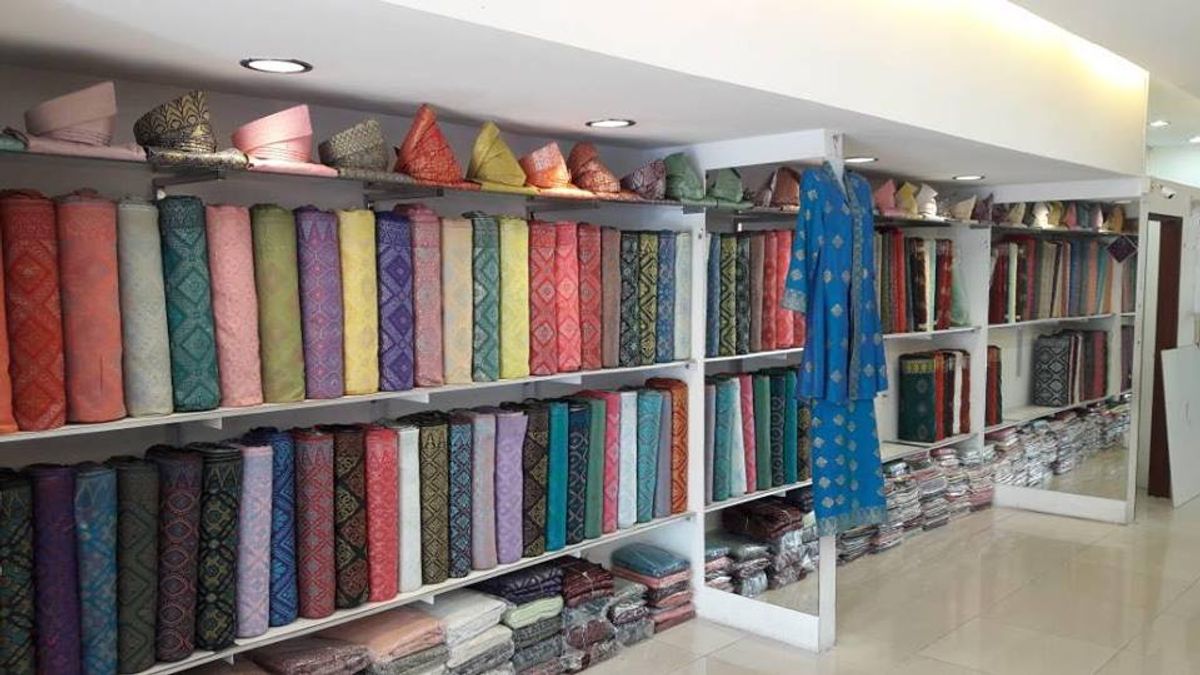 Songket Malaysia is a textile that belongs to the brocade family. It is intricately patterned with gold or silver threads and hand-woven in silk or cotton. The threads produce a shimmering effect by standing out against the background fabric. Metallic threads are threaded between the silk or cotton weft (latitudinal) threads in the weaving process using a supplementary weft weaving technique.

The songket technique entails weaving decorative threads between the wefts as they are woven into the warp connected to the loom. They're woven in as part of the process, but they're not needed to make the fabric.

Songket weaving is performed in two stages. First, the basic cloth is woven with even or simple weaving. Secondly, the decoration is woven into the basic cloth using the inlay weaving technique.

In some motifs, gleaming gold, silver, or silk threads were inserted and woven into the plain weave base fabric, producing a shimmering golden pattern against a darker plain backdrop.

Young girls and older women used to weave songket as part-time jobs between their everyday domestic chores. The difficult method of making a songket is thought to nurture virtues because it represents the qualities of dedication, consideration, and patience.

There are hundreds of different songket patterns to choose from. Songket is inextricably related to the lives of those who wear it during significant events. There are wedding songket, birth songket and even death songket in the Palembang culture.

Batik takes a long time to make. Making Batik from scratch to a beautiful batik cloth takes more than one batik maker who paints an empty cloth with wax; it takes a team of batik makers who are experts in each phase of its making process.

A cloth must first be washed, soaked, and pounded with a big mallet. Patterns are drawn with a pencil and then redrawn with hot wax, typically a combination of paraffin or beeswax, often combined with plant resins, which serves as a dye-resist.

There are different methods that can be used to spread the wax. The most popular instrument is a canting, which looks like a pen. A canting is a small copper reservoir with a wooden handle and a spout.

The resist is kept in the tank, and as it passes through the spout, it creates dots and lines. You may use a rigid brush for larger shapes. A copper block stamp is known as a seal; on the other hand, it covers vast areas more effectively.

The resist is extracted by boiling or scratching the cloth after it has dried. The resist-treated areas retain their original colour, and when the resist is removed, the contrast between the dyed and undyed areas creates the pattern. This method is repeated as many times as necessary to achieve the desired number of colours.

Songket is a beautiful, wealthy, and prestigious traditional fabric that is only worn on special occasions, religious holidays, and traditional social gatherings like weddings. As in the traditional wedding attire, it has become necessary for brides and grooms for their weddings like the Baju Melayu Songket.

Batik, on the other hand, is a long-established cultural feature that is widely practised in Indonesia. Batik, particularly written Batik, is more than just a physical activity; it also has a spiritual dimension that includes prayer, hope, and lessons. It is what has given traditional batik goods a mystical feel in the past.